~~~~~~~~~~~~~~
To start the Saratoga 2018 meeting, Matt Shifman has joined Bob Ehalt as a partner in New York Hot List and he will be putting together the Hot List picks for the NYRA circuit. 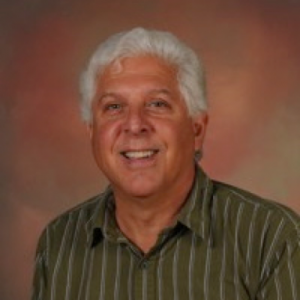 Since 2011, Matt has been the New York Correspondent and later Assistant Editor at Horse Racing Nation where he has covered the NYRA circuit, handicapping and writing features about all the action at their three tracks. He also co-hosts the popular weekly video show HorseCenter, which can be seen on YouTube. Matt is also a voter for the weekly NTRA Top Thoroughbred Poll.

Since the Coaching Club American Oaks moved from Belmont Park to Saratoga in 2010, future Champion 3-year-old fillies Abel Tasman, Songbird, and Questing were all winners of this mile and an eighth Grade 1 stake. This year the CCA Oaks will be run on Sunday of opening weekend and will feature the match-up of Monomoy Girl, the current leader of the division, and Midnight Bisou.

Monomoy Girl enters this race as the undisputed leader of the talent-laden 3-year-old filly division. In 2018 she is unbeaten in four starts with the last three coming in Grade 1 stakes races. The daughter of Tapizar, who sold for $100,000 as yearling at Keeneland, won the Ashland, Kentucky Oaks, and most recently the Acorn. In her eight-race career she has lost only once and that was by a head in the Golden Rod (G2) in her final start as a juvenile. While racing at 5 different tracks including her debut on the turf at Indiana Grand, Monomoy Girl has yet to run a bad race and has earned $1,495,750 with stats of 8: 7-1-0.

Midnight Bisou has won four of her five starts this year with her only defeat coming in the Kentucky Oaks. The first three wins in the career of this daughter of Midnight Lute happened on the West Coast and included the Santa Anita Oaks (G1), the Santa Ysabel (G3), and the Santa Ynez (G2). After running third behind Monomoy Girl, Owner Jeff Bloom decided to switch his filly to the barn of Hall of Fame trainer Steve Asmussen to launch a campaign on the East Coast.

Running for the first time in New York, Midnight Bisou kept the services of jockey Mike Smith as they easily won the Mother Goose (G2) at Belmont Park while beating the previously undefeated Road to Victory. Road to Victory is the only horse to have ever beaten Monomoy Girl.

A field of five is expected for the CCA Oaks when Monomoy Girl and Midnight Bisou meet for the second time in their careers. Monomoy Girl has raced on the lead or very close to the pacesetter in all of her starts except once when she broke badly and rallied from the back to win. On the otherhand, Midnight Bisou has been seen rallying from much farther back, except in her most recent victory in the Mother Goose when Smith kept her close to the lead.

Usually when there is small field the advantage goes to the horse that can dictate or control the pace of the race. Thus, Monomoy Girl and her regular rider Florent Geroux seem to have an edge in this race that clearly comes down to a battle between these two talented fillies.

Monomoy Girl and Midnight Bisou will both be heavily bet, so this does not seem like a race where you want to try and beat the favorites. It seems very likely that one of them will be the winner and that the two of them will battle in first and second positions all the way around the track. The CCA Oaks should be a great race to watch, but it is probably a race that you only want to bet as part of the late Pick 4 or Pick 5.